Conservative economic mismanagement has doomed us all

Nancy Owens May 13, 2022 UK Economy Comments Off on Conservative economic mismanagement has doomed us all 1 Views

The economy grew just 0.8pc in the first three months of the year, 0.1 point below the Bank of England’s official forecast published only last week and 0.2 below of the general consensus.

If that wasn’t enough, the mid-term is set to get worse. The Bank’s forecast for 2023 to mid-2025 suggests that growth will virtually stagnate. Economists are increasingly concerned that a recession is approaching, a fear reinforced by news this week that the economy actually contracted by 0.1pc in March.

No one can be sure if, when and how quickly the recession will hit the UK: but it is painfully clear that if it does, the country is woefully underprepared for it. Larger supply-side reforms, such as planning, would take time to implement and ease the cost of living burdens; yet we are increasingly running out of time, as the meager first quarter growth of 0.8% is the best expected for several years now.

And the only tool the government has practiced – spending more money – is increasingly dangerous. Not just because inflation makes it risky to borrow more money (and pay interest on it), but because it cements the false theory that money can always be found and spent when something goes wrong. without any consequences.

It also devalues ​​what is seen as ‘big money’ – Sunak brought in a staggering £9billion package to help with rising energy bills this spring, and it’s all but forgotten now, with critics and even friends calling for another big splurge.

Much of this is an inevitable consequence of the pandemic and the decisions being made that were always going to have a ripple effect on our economic future.

But the government’s failure to cut taxes and spur growth for a decade has also cost us a terrible price. The least he can do now is start implementing the reforms he should have been advocating for a long time. 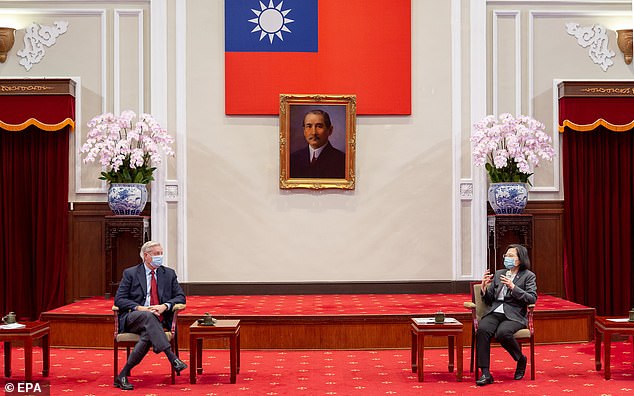 Beijing seeks to save £3.2bn in foreign exchange reserves from military conflict sanctions

Is China preparing to invade Taiwan? Beijing orders officials to find ways to protect the …